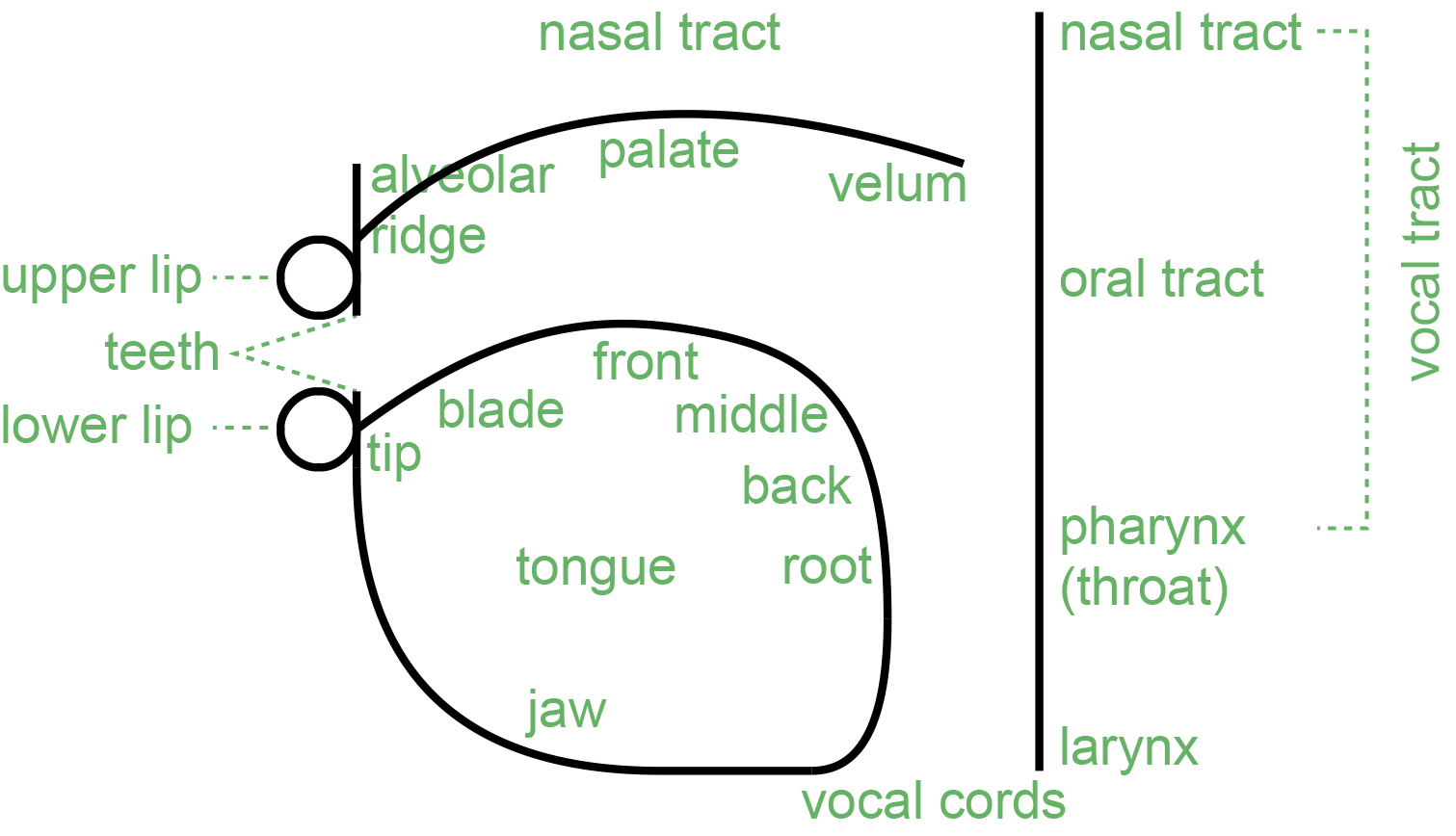 Speech sounds can be classified into consonants and vowels.

Consonants are produced by the obstruction of airflow in vocal tract. Therefore,consonants can be classified according to the position and extent of obstruction. In English, consonants are divided into 8 types according to the place of articulation from lips to velum. According to the manner,consonants can have 6 categories with different shape of gaps. Whether the vocal cords vibrate can divide consonants into voiced and voiceless sounds. In Chinese,there are Aspirated Sounds,which put out more air than voiceless sounds when pronouncing. The bending direction of the curve and the opening distance work together to show the vocal cords vibration.

In the production of vowels,the airstream is almost unobstructed. Generally,the vocal cords almost always vibrate.The location of the tongue changes the size of the space.The position of the tongue and the shape of the lips are used for vowels classification. It can also be described as Frontness, Hight and Lip rounding.

We use cookies to ensure that we give you the best experience on our website. If you continue to use this site we will assume that you are happy with it.OkNoPrivacy policy
You can revoke your consent any time using the revoke consent button.Revoke consent